Presented for the best paper published in Applied Spectroscopy in 2018 on the topic of Laser Induced Breakdown Spectroscopy. 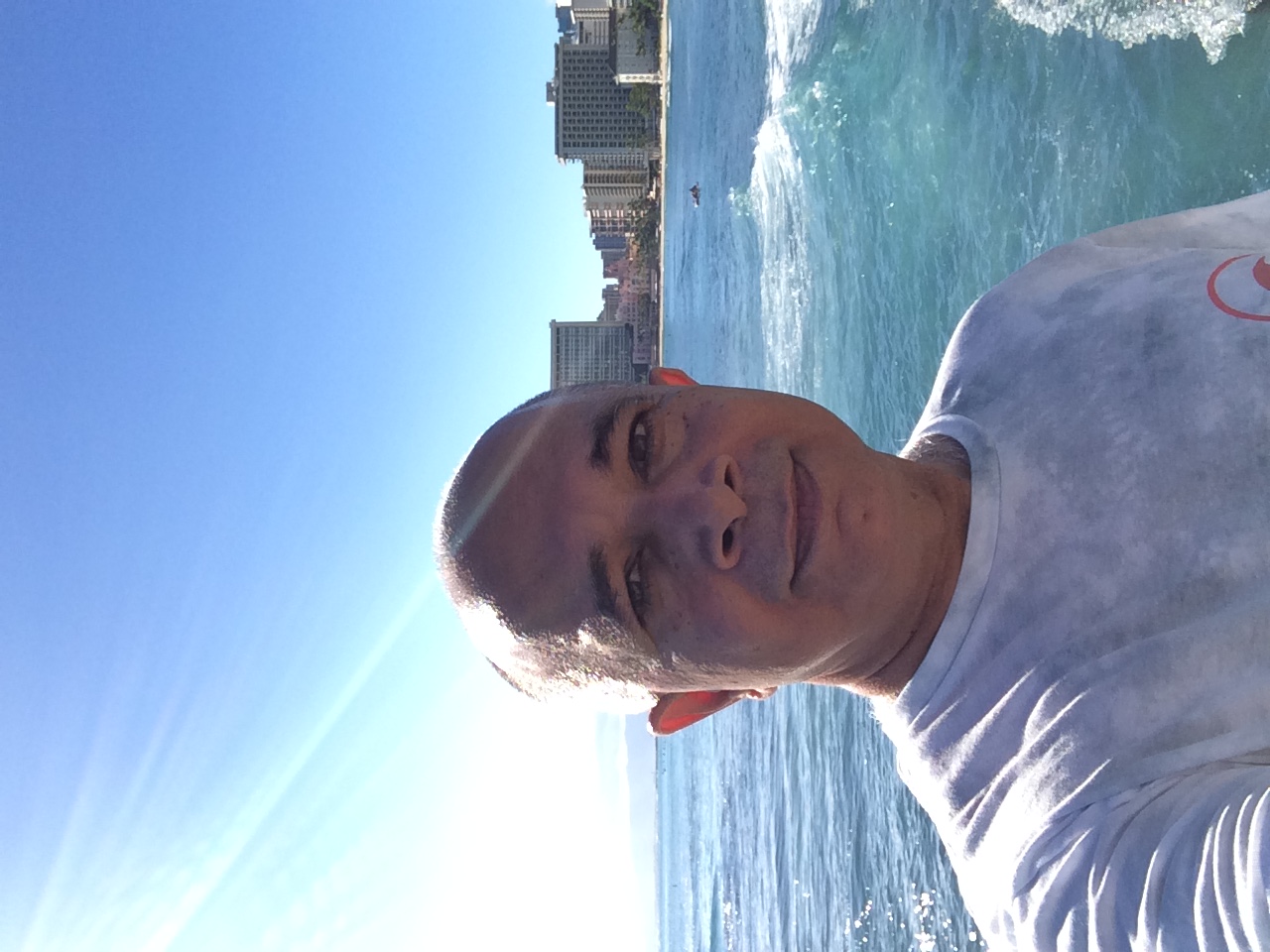 Anupam Misra is a Researcher at the Hawai’i Institute of Geophysics and Planetology, University of Hawai’i. He has been developing active remote sensing technologies (Remote Raman + LIBS + Fluorescence) for detecting chemicals, minerals and biological materials in daylight for IED detection, terrestrial applications and applications suitable for NASA’s “Search for Life” mission goal. Recently, remote Raman detection capabilities were successfully tested during afternoon sunlight from 1752 m target distance with 1-30 s integration time, making a new world record. A new sensitive instrument called “Standoff Biofinder” was also developed to locate fossils and other biological materials in a large geological area operating at video speed. Anupam has a wide range of experience in various fields of physics and material science. 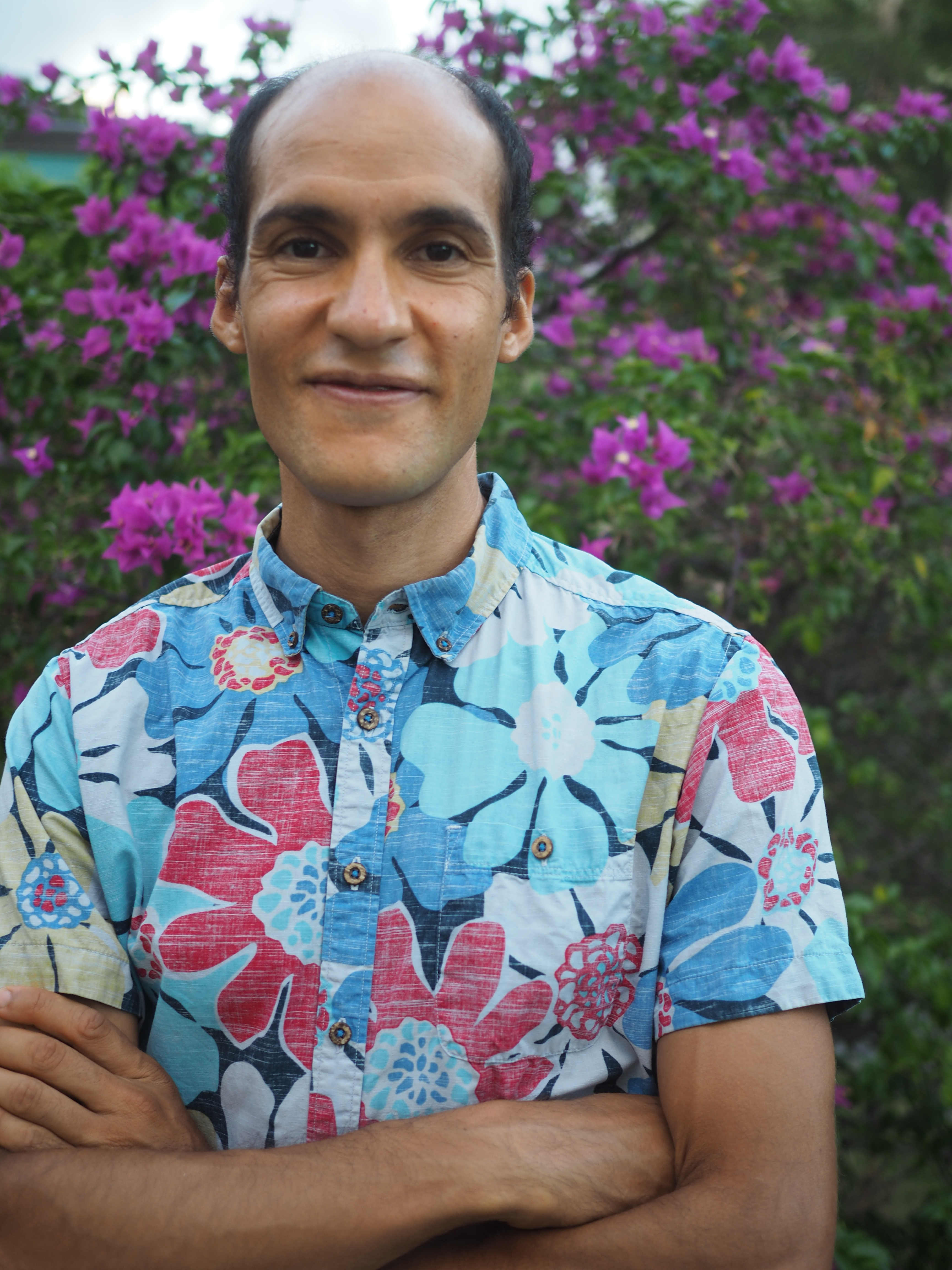 Tayro E. Acosta-Maeda is assistant researcher at the Hawai‘i Institute of Geophysics and Planetology of the University of Hawai‘i, where he has been a faculty member since 2018. Tayro has a bachelors degree in physics and he obtained his PhD by the University of Hawai‘i with a dissertation titled ‘Raman Spectroscopy for planetary geology’. Tayro has over 15 years of experience advancing active laser induced remote sensing for long-distance field applications. His experience is extensive in remote Raman and fluorescence spectroscopies and Laser Induced Breakdown Spectroscopy (LIBS) systems fabrication, data acquisition, data processing and analysis. The same applies to micro-Raman systems’ data acquisition, processing and analysis. Dr. Acosta-Maeda has been actively developing remote Raman spectroscopy and fluorescence techniques for planetary exploration providing concepts and data essential for future planetary landers and rovers. His earlier work contributed to the development of the RLS instrument of the ExoMars mission. His experience also touches on infrared spectroscopy, synchrotron X-Ray diffraction, and electron probe microanalysis and high-pressure research. 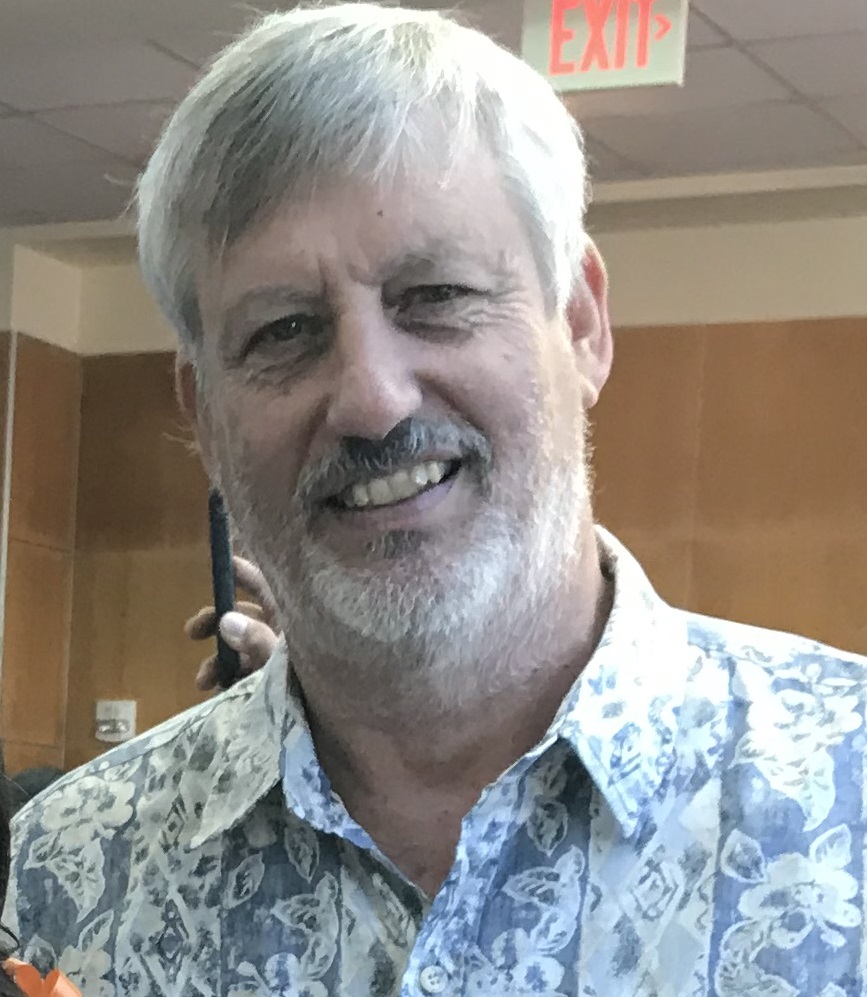 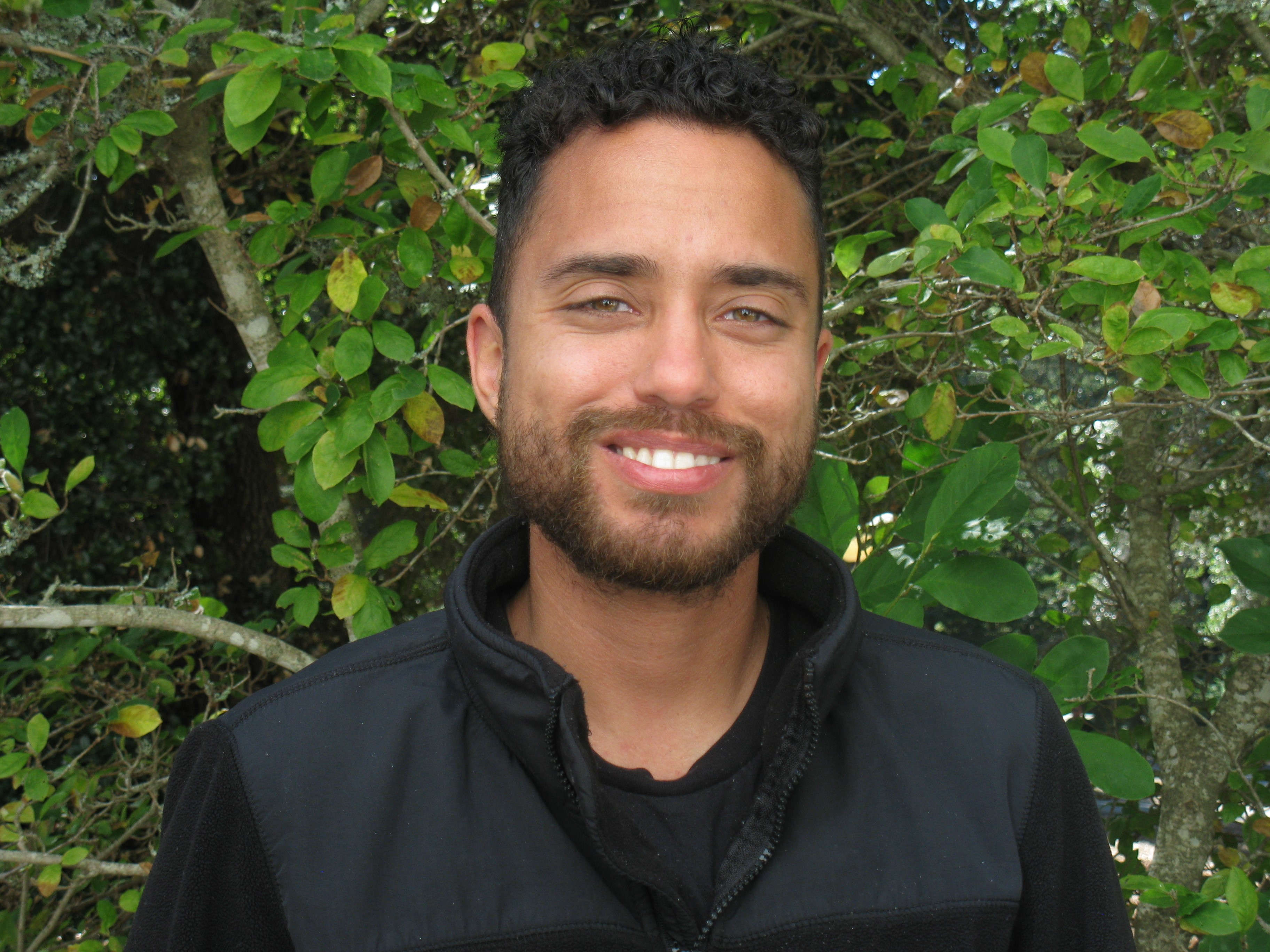 Genesis Berlanga is a research associate at the Blue Marble Space Institute of Science at NASA Ames Research Center and a Ph D candidate in the Earth and Planetary Sciences at the University of California Santa Cruz. He got his Masters in Geology and Geophysics at the University of Hawai’i at Manoa and his BA in Astronomy at Mount Holyoke College. Genesis works with Raman, XRD/XRF, and IR spectroscopy and instrumentation to develop diagnostic tools for interpretation of rock and mineral spectra from Mars rovers such NASA's Curiosity and Perseverance. He collects systematic laboratory datasets modeling Mars and Moon surface processes and conditions and implements statistical and machine learning techniques to better understand underlying patterns in the spectra. The goal is to develop databases that provide a better understanding of what rock and mineral spectra look like on Mars so that we can readily identify any potential superimposed biogenic signatures or active aqueous alteration processes on the surface. Genesis also devotes time to mentoring and connecting underrepresented students to STEM pipelines and promoting a sense of positive identity and belonging within scientific communities. 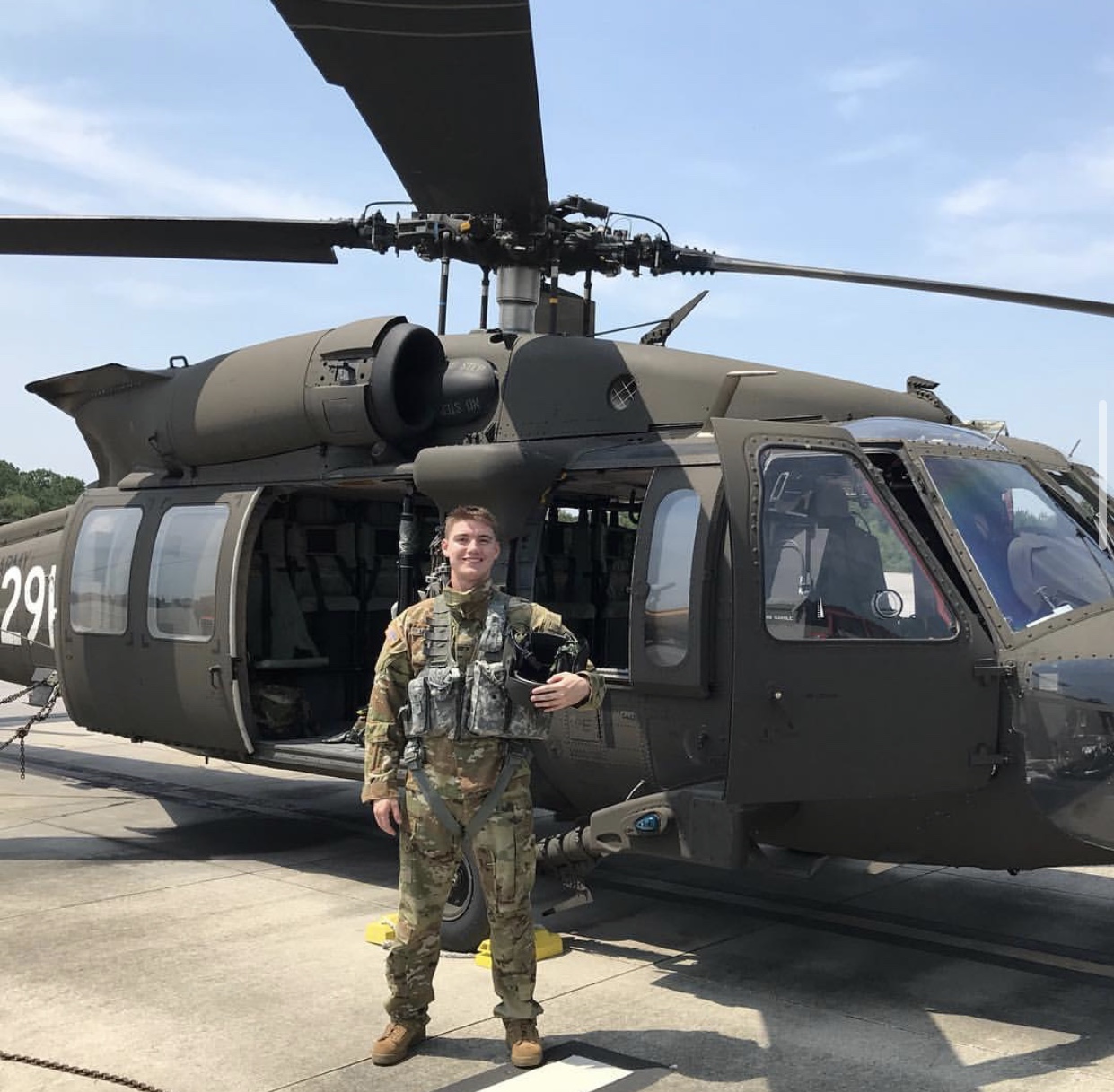 Dalton Muchow is an Active Duty Army Aviation Officer and currently a Masters student of Systems Engineering at Embry-Riddle Aeronautical University. Mr. Muchow worked in the University of Hawaii’s Raman Spectroscopy lab as an undergraduate researcher until his graduation in 2017. Mr. Muchow has been acknowledged in multiple publications for his assistance in the data collection and analysis of research conducted by Dr. Misra and his team. In his free time, Mr. Muchow competes in triathlon and goes surfing with his girlfriend. 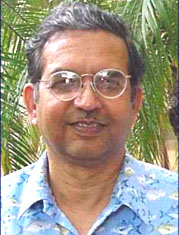 Shiv Sharma received his Ph. D. (Physics) degree in 1973 from Indian Institute of Technology, Delhi, India. He joined the University of Hawaii in April 1980. Currently, he is a tenured Professor in the Hawaii Institute of Geophysics and Planetology, and on the Graduate Faculty of both the Department of Electrical Engineering in the College of Engineering, and the Department of Geology and Geophysics in the School of Ocean Earth Science and Technology. He is Fellow of National Academy of Sciences, India, Fellow of Mineralogical Society of America, Fellow of the Society for Applied Spectroscopy, Senior Member of Optical Society of America and SPIE, and Life Member of AGU and PACON International. He is also a member of the National Academy of Inventors' Hawaii Chapter and holds three US Patents. He has authored or coauthored over 200 research papers, mostly in the field of spectroscopy including Raman and IR spectroscopy at ambient and high pressures, SERS, lidars, LIBS, and laser-induced fluorescence (LIF). In recent years, he and his colleagues in the Raman spectroscopy Laboratory, that was established in 1980 at the University of Hawaii, have pioneered development of standoff Raman, LIF and LIBS techniques for planetary exploration. Currently, he is serving as one of the Co-Investigators with Roger Wiens of Los Alamos National Laboratory for SuperCam Instrument on NASA's Mars 2020 Rover Mission, and with Fernando Rull of University of Valladolid, Spain, for Laser Raman spectrograph on ESA's ExoMars Mission. 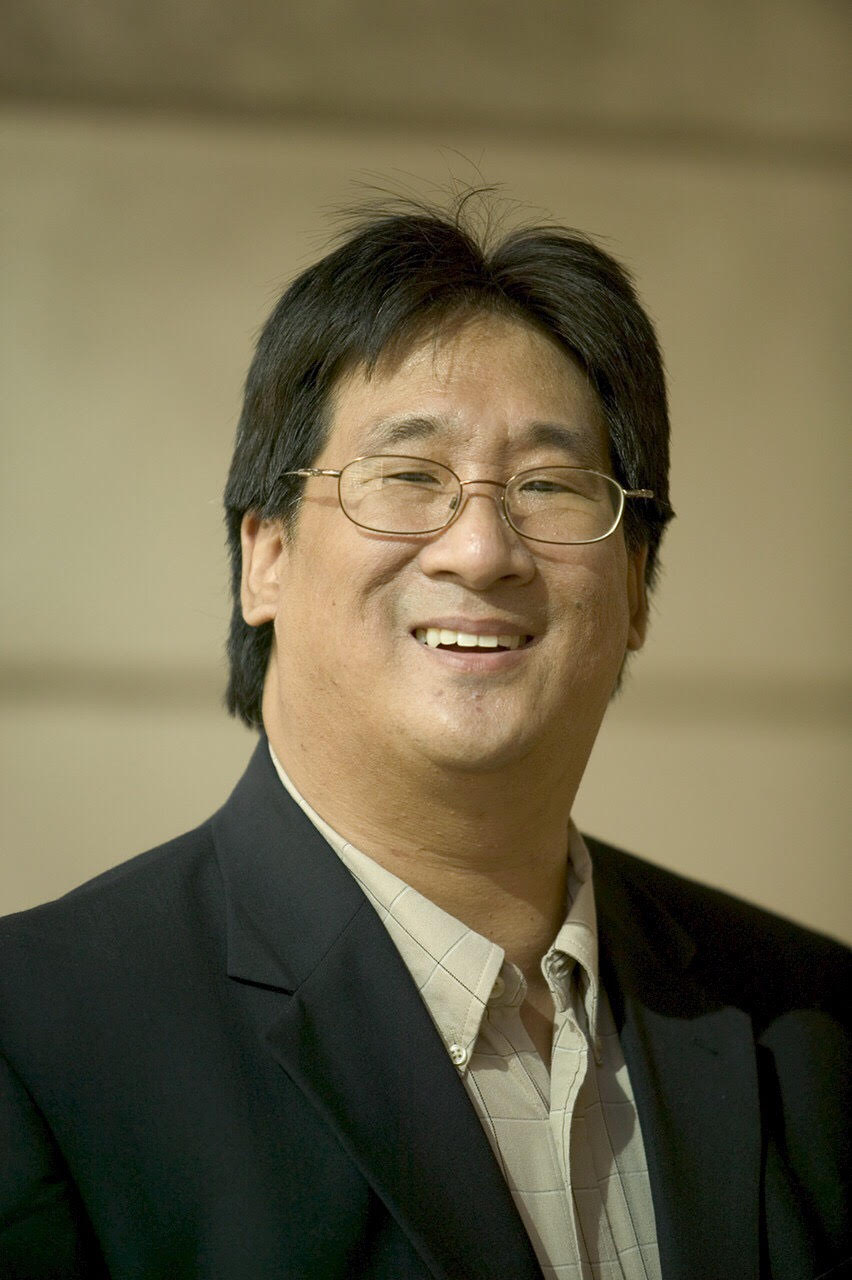 Brian J.S. Chee lives in Kaneohe, Hawaii. With a background in teaching Physics and Computer Science, Brian became the first Netware instructor in Hawaii in addition to working as inside sales for PC distribution, and outside sales of data communications test equipment. He served on the Coalition for Competitive Communications which achieved destruction of the Hawaiian Telephone monopoly a full year before the federal deregulation of the intraLATA communications market nationwide. Other jobs included a stop with Xerox as an interfacing specialist, a stint as Senior Computer Scientist for the General Services Administration-Office of Information Security. Currently serving as a communications researcher at the University of Hawaii School of Ocean and Earth Science and Technology (SOEST). Serving as a Senior Contributing Editor for InfoWorld Magazine, Brian and his lab has been home of the biggest InfoWorld (and previously Internet Week) comparative reviews in history. Also both a host and producer for This Week in Enterprise Technology on TwiT.tv  Publications included two titles on cloud computing from CRC Press.