Gloria Story received her A.S. in Science Technology from the University of Cincinnati -Blue Ash (1981) and worked towards a B.S. in Chemistry from UC and the University of Utah. She is currently a Senior Scientist with the Corporate R&D Innovation Center Organization of the Procter & Gamble Company as Operations Manager of their Global Technology Export Compliance Program. She has over 40 years of service in spectroscopy applications, including NIR and MIR imaging. With over 25 years of membership in the Society for Applied Spectroscopy, Gloria is currently serving as an elected Governing Board delegate and sits on the nominations committee. She served as Section Affairs Coordinator, Secretary, Membership Coordinator, Tour Speaker Coordinator, and workshop instructor at Pittcon and SciX. 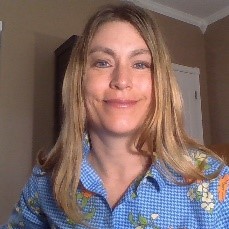 Brandye Smith-Goettler works as a Principal Scientist at Merck & Co., Inc. where she is focused on operations improvement, digital, data, and analytics. She received her Ph.D. from North Carolina State University where she used Fourier-Transform Infrared Spectroscopy and applied chemometrics for protein analysis. 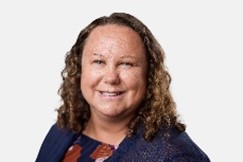 Heather Juzwa graduated from the University of Pittsburgh in 2000 with an Honors BS in Chemistry. While at Pitt, she was Secretary of the American Chemical Society Student Affiliates. Encouraged by University of Pittsburgh advisors, she attended the Pittsburgh Conference on Analytical Chemistry and Applied Spectroscopy (Pittcon) in her senior year. It was at her first Pittcon that she was offered a position in analytical instrumentation sales and has been working in the field ever since. Heather is a Senior Field Sales Engineer at Shimadzu Scientific Instruments, Inc. Most recently, she was chosen to serve as 2025 President of the very conference where she secured her first job, Pittcon. 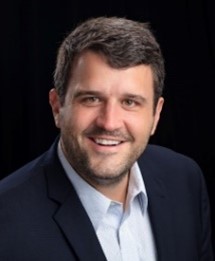 Benjamin T. Manard earned a Ph.D. in Analytical Chemistry at Clemson University (2014), during this time he had an appointment as a visiting scientist at Lawrence Berkeley National Laboratory for six months. Benjamin then completed a Glenn T. Seaborg postdoctoral research fellowship at Los Alamos National Laboratory in Los Alamos, NM. After his fellowship, Benjamin was converted to a Staff Scientist position at LANL in the same group (Chemistry-Actinide Analytical Chemistry). Upon arriving at Oak Ridge National Laboratory (2018), Benjamin has focused research and development efforts on elemental and isotopic analysis of nuclear materials. 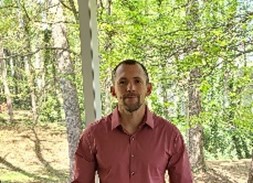 C. Derrick Quarles Jr. is a Sr. Scientist working for Elemental Scientific, Inc. since 2016, in the areas of automation, elemental speciation, single particle and single cell, laser ablation, and mass spectrometry. He received his PhD in Analytical Chemistry from Clemson University and did a fellowship at the Centers for Disease Control & Prevention. He has been an active member of the Society for Applied Spectroscopy since 2016 and has held the position of Atomic Section Chair since 2020. Since 2019 he has been chair or co-chair of the Atomic Section for the annual SciX meetings.

Bhavya Sharma earned her B.S. and M.S. from SUNY at Buffalo. She then completed her Ph.D. in Chemistry from the University of Pittsburgh under the guidance of Sandy Asher in 2011. She joined the faculty in the Department of Chemistry at the University of Tennessee in August 2015. Bhavya’s research focuses on development of in vitro SERS assays for neurochemicals associated with neurological diseases, as well as development of surface-enhanced spatially offset Raman spectroscopy (SESORS) for non-invasive, in vivo neurochemical sensing.

Dr. Lynn X. Zhang earned her B.S. degree in Chemical Engineering at the Shenyang University of Chemical Technology in China. After graduating from college, Lynn continued her educational experience in chemistry. In 2011, she obtained a Master’s degree in chemistry focusing on plasma temperature study at Murray State University. Lynn pursued an analytical chemistry Ph.D. in the Chemistry department at Clemson University and obtained her Ph.D. in 2015. Lynn has been a member of SAS for 10+ years and served as website editor, social media committee chair and is currently serving the SAS St. Louis location session. Lynn is currently working at Eurofins labs.